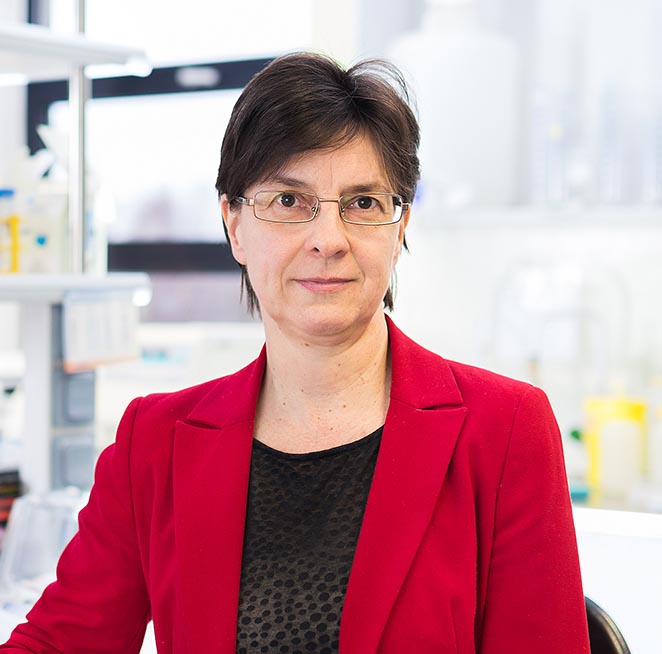 For many years, my research has been focused on molecular biology of papillomaviruses, papillomavirus-host interactions, and the effect of human papillomavirus (HPV) infection on cellular environment. Currently I am involved in projects developing anti-HPV drugs.
The second interest is RNA methyltransferases and their role in cell proliferation. Many methyltransferases encoded by human genome are associated with disorders, most frequently with cancers and mental disorders. We have shown that the WBSCR22 protein, encoded by the Williams-Beuren Syndrome region, is involved in ribosome biogenesis, specifically in late steps of rRNA processing occurring in the nucleus of the cell. The activity of WBSCR22 is regulated by co-activator TRMT112. Our current work is concentrated on the characterization of the whole network of proteins interacting with the TRMT112 “hub” protein in mammalian cells. This will help to understand the role of RNA methyltransferases in cell proliferation, the cross-talk between different cellular pathways, and factors regulating WBSCR22 activity within the cell.
My third interest is focused on cancer antigens, specifically on melanoma associated antigens (MAGE-A proteins) and their usage as biomarkers and therapeutic targets. Our preliminary data show that MAGE-A proteins are incorporated into extracellular vesicles released by cancer cells. We are interested in the characterization of these extracellular vesicles and furthermore, generation of extracellular vesicles with desired properties carrying different cancer-testis antigens. This projects also involves generation and development of antibodies suitable for cancer therapy.

I am interested in cooperation with groups having expertise in membranes, lipids, cytoskeletion, proteins of extracellular space etc.